This lady knows her stuff.

Sharon Gault is a hair-stylist turned make-up artist with a celebrity client list far longer than you would care to read.

A celebrity in her own right, she grew up in Hollywood attending the same high school as 80’s brat packers Rob Lowe, Emilio Estevez & Robert Downey Jr. Sharon also featured in the CK one commercial for Calvin Klein alongside her ex room-mate Kate Moss.

But it was not until she toured with Madonna (as assistant hair-stylist) on the ‘Blond Ambition‘ tour, and was featured in the documentary ‘Truth or Dare‘ (also known as ‘In Bed with Madonna’) filmed on that same tour, that Sharon came to the attention of the world. To this day, many people know her simply as ‘Mama Makeup’, a nickname given to her by the dancers on the tour.

Her work is constantly in demand by Hollywood celebrities – notably Lady Gaga, but Sharon’s work also extends to the world’s leading magazine publications and music video clips. Her nickname seems completely fitting as even today she is very much the ‘mama’ of the make-up world.

All things that glitter….these photos of her amazing work were published in the Italian magazine, Velvet, for a beauty story with photographers Zoren & Minori modelled by Scarlett Kapella & Sarah Gingrich. 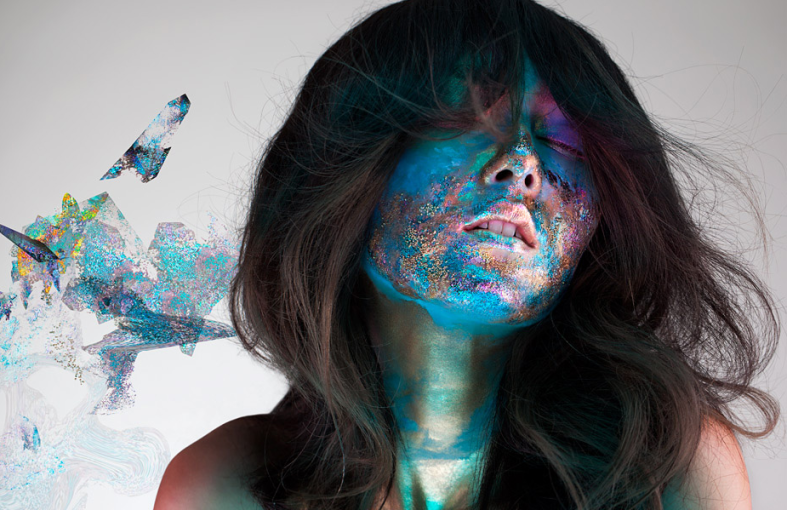 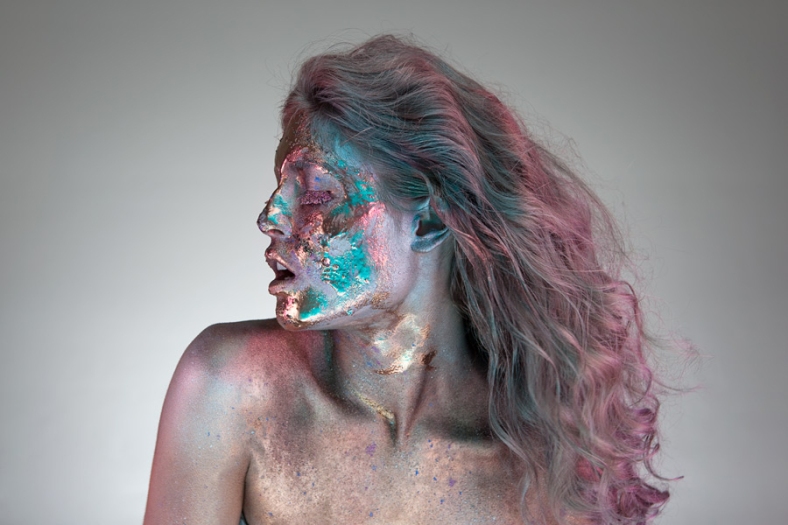