I saw these guys peform at the Orpheum in Vancouver a week ago now and I’m still on a musical high.

Without a doubt – the best gig I have seen all year.

I will admit I am not one of their oldest fans…..I own not even one of their albums…..and yes I was going mostly for the support act Local Natives. But having previously heard (& loved) the song Bloodbuzz Ohio, and thankfully to my more educated musical friends who have raved about this band…I  found myself at their gig.

Incredible! Words can’t even describe. The beautiful venue – the Orpheum, the 1st support Wye Oak with amazing vocals of Jenn Wasner, the very fun & talented Local Natives as 2nd support, awesome graphics on stage & not to mention the stella performance of The National – I was in musical heaven.

I find Matt Berninger, the front man, to be so intriguing…was he drunk and that’s why he was stumbling over the stage? Or was it just part of his dark moody onstage personality?

Highlights were…..when Matt climbed into the audience still in song & the last song of the encore…an acoustic version of Vanderlyle Crybaby Geeks with the whole band at the edge of the stage conducting the audience. 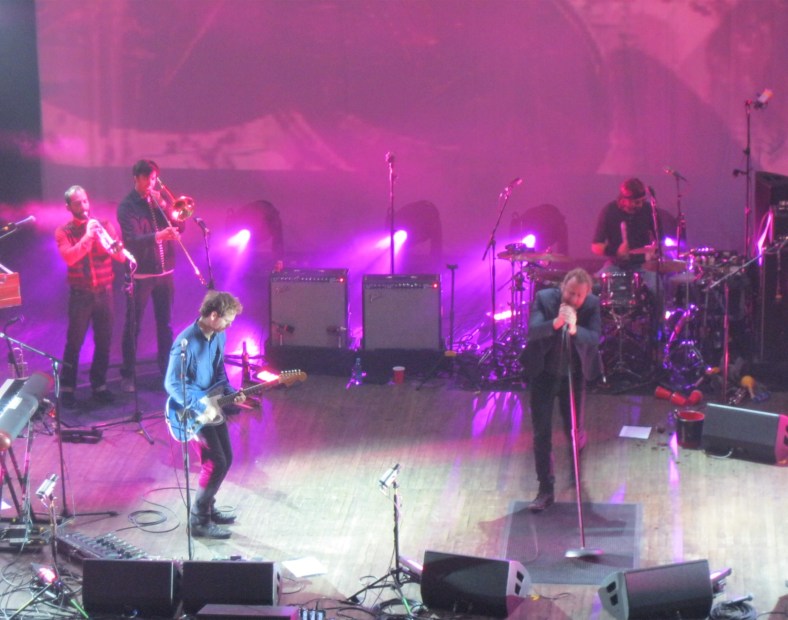